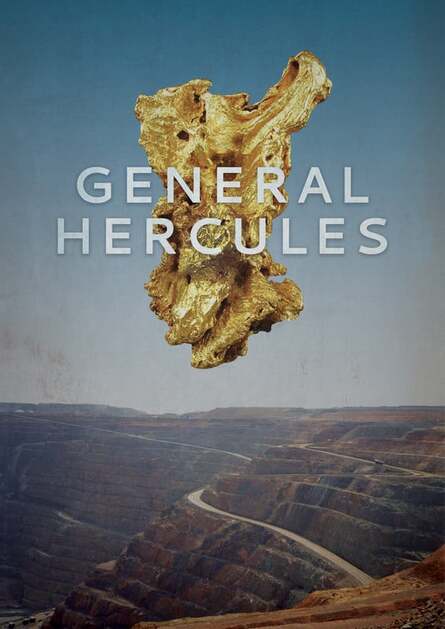 Best Feature Documentary
"General Hercules" Directed by Brodie Poole ​ - Winner
Australia ​
For milenia the remote arid deserts of Western Australia lay undisturbed. On the 14th of June 1893 European prospectors discovered ‘The Golden Mile’ on what was the traditional lands of the local Indigenous people. In little over a hundred years a natural landscape has transformed into the industrial hellscape of Kalgoorlie-Boulder. As the incumbent Mayor of Kalgoorlie-Boulder, John Bowler, starts his campaign for a second term, independent prospector John ‘General Hercules’ Katahanas, decides to run against him on a ticket of anti-corruption. What starts out as a quirky David v Goliath political battle, unravels into a portrait of a man, a town and a country, sent mad by the timeless cycles of exploitation, racism and greed. 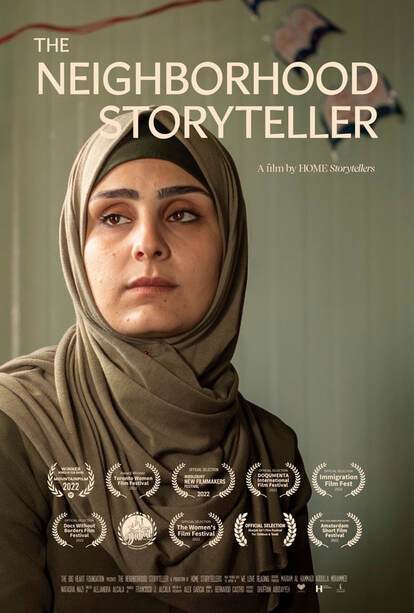 War tragically pushed Asmaa out of her home country, Syria, where her destiny had been written as a wife and mother with only 16 years of age. Asmaa rebuilt her adult identity as the neighborhood storyteller and began using reading aloud to children for fun as a bridge to tackle critical issues in her new community at the Zaatari refugee camp in Jordan.

Six years later, with Asmaa’s first born daughter reaching adolescence, a flashback of her education deprived past emerges and inspires her to embark on a new read aloud project to empower teenage girls to build a future of opportunities she never had. Despite her complex living situation as a refugee and the community’s conservative mindset, Asmaa is determined to raise a conscious generation of successful women.

The Neighborhood Storyteller is a documentary feature film that explores human resilience, the transition from child to adult and one's capacity to turn hardships into an opportunity for self growth. 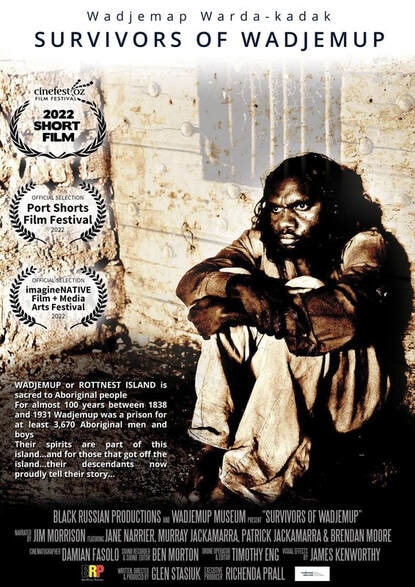 Best Short Documentary
"Survivors of Wadjemup " Directed by Glen Paul Stasiuk - Winner
​Australia
WADJEMUP or ROTTNEST ISLAND is sacred to Aboriginal people
For almost 100 years between 1838 and 1931 Wadjemup was a prison for at least 3,670 Aboriginal men and boys
More than 370 men never made it off the island and are now buried in unmarked graves on the island
They were fathers
They were sons
They were brothers
They were husbands
They were never to see their homelands and family again
Their spirits are part of this island…and for those that got off the island…their descendants now proudly tell their story… 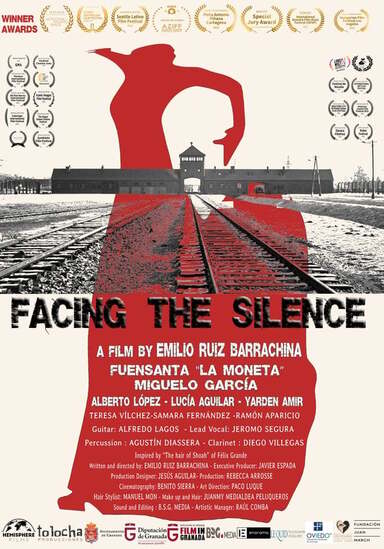 Best Feature Narrative
"Facing the Silence" Directed by Emilio Ruiz Barrachina. Spain - Winner
La Moneta, a flamenco dancer, travels to Auschwitz in order to find inspiration for her new show, inspired by a book of the poet Félix Grande. Film between documentary and fiction. 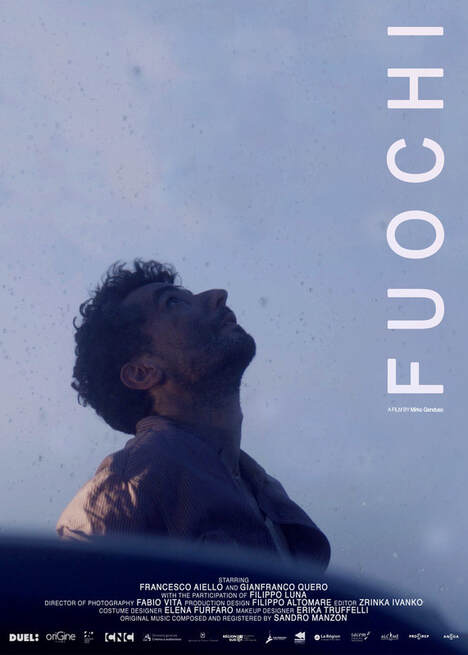 Best Short Narrative
"Fuochi" by Mirko Genduso - Winner
​Italy
The wheat fields of Sicily are set ablaze. Ino is a farmer who lives in the shade of a giant wind turbine, facing the disease of his father, a man attached on a ventilation machine, whose last desire is to escape from stillness and reconcile with his past life. Ino will not resign himself to his father’s choice. While earth around him is slowly burning, he will try to defend the world he has built for his father, until the day the fire arrives in his land; fires that may be no longer destructive, but liberating. 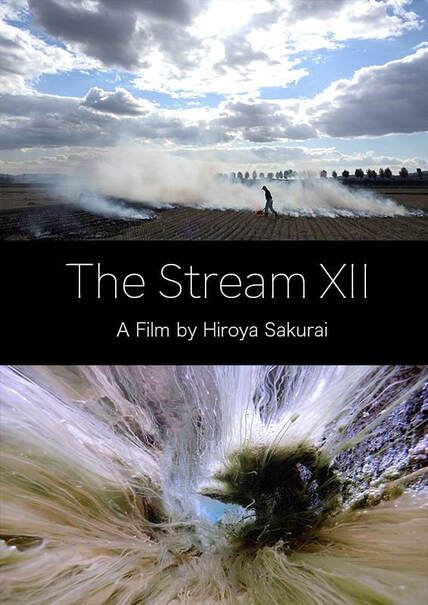 "The Stream XII" Directed by Hiroya Sakurai - Winner
Japan
In the artificial environment of the paddy field, water—an element of nature—follows the rules of the artificial. As a result, nature is made abstract, giving rise to a new form of beauty distinct from the natural state.
For the twelfth film in the series “The Stream”, I did not limit the stream to liquids, but extended it to include the air. I shot wind, flames, smoke and clouds as motifs representing the air. I incorporated aerial shots using a drone as a way to express the wind more visually. When I shot the reeds on the banks of a big river from 80m above the ground, the reeds waved in the wind like waves on the sea. As for the flames, I shot how they created a flow of air that was accompanied by smoke. The smoke converges with the clouds in the sky and becomes rain, which in turn becomes water on the ground. In this series, I have focused on the beauty of nature juxtaposed with the artificial. In this work, I chose the reed fields as a place that is maintained and managed by humans for the production of building materials and daily products. The beautiful landscape of the paddy fields is also a place for the efficient production of food. In this way, I have expressed “stream” as a symbiotic cooperation between humans and nature. 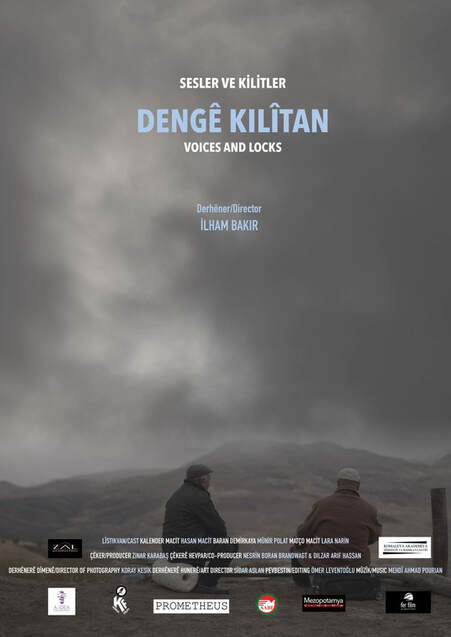 The friendship of two children, one Armenian and the other Kurdish, is negatively affected by the suppression of the state on the Armenians. Will Gaspar be able to find what he hopes to find, by returning to his village in pursuit of his childhood memories 40 years after immigrating to the USA?
​ 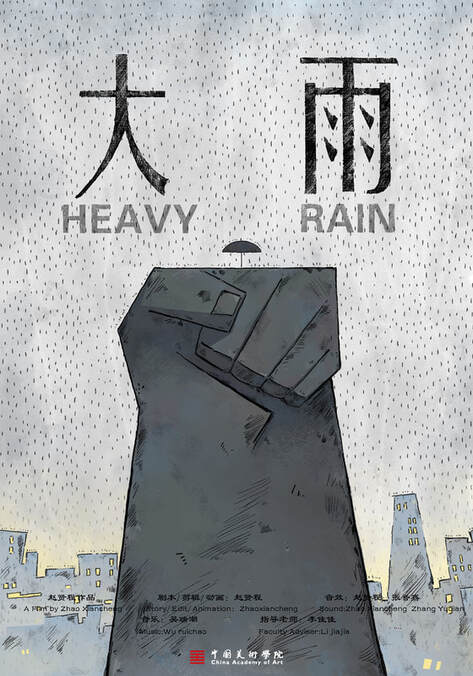 How do people survive in a city where it rains all the time. 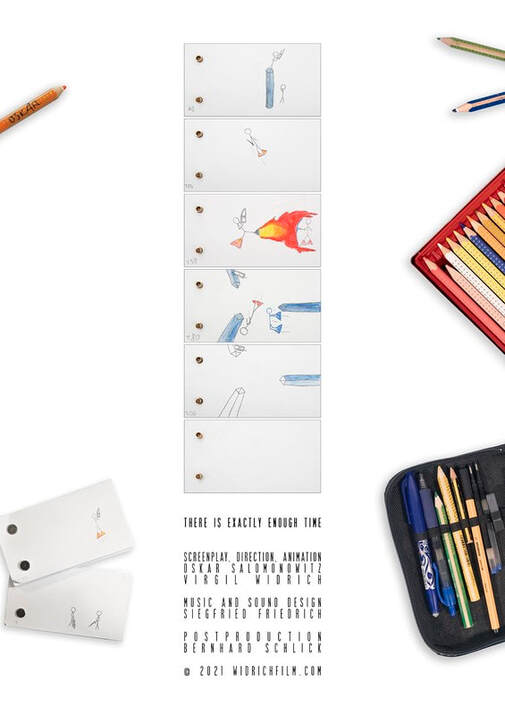 Best Animation
"There is exactly enough time" Directed by Oskar Salomonowitz - Highly Commended
​Austria
Oskar Salomonowitz, the 12-year-old son of filmmakers Anja Salomonowitz and Virgil Widrich, had drawn 206 frames of a flip book when he died in an accident. Using the remaining blank sheets, his father continued drawing the film. 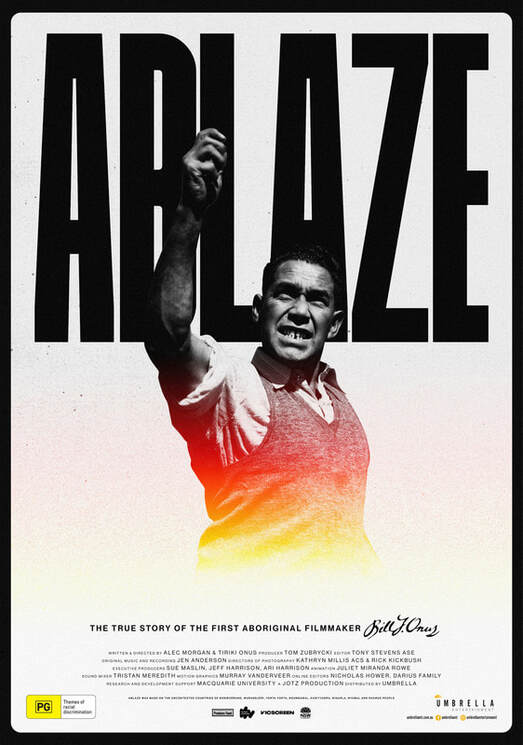 Best Music Clip
"Sure As Hell" Directed by Michael Roberts -  Winner
Australia
Impulsive and stretched thin, This deeply in love couple drift towards crime to continue their lifestyle. 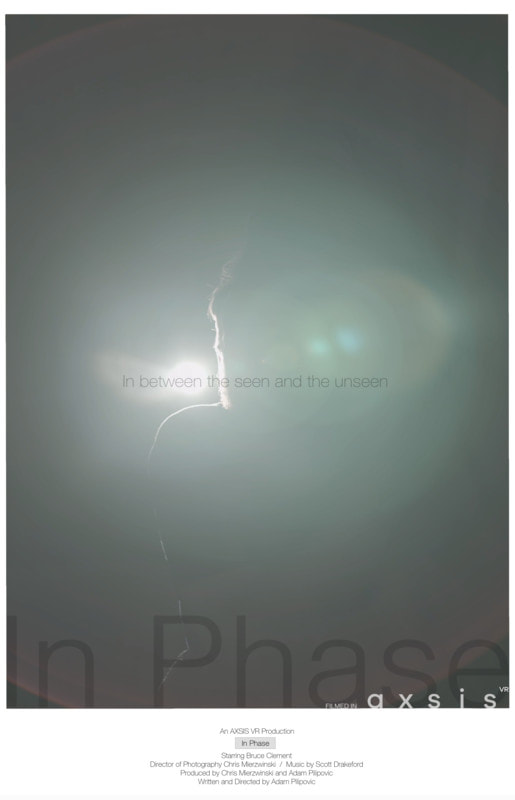 Best Virtual Reality
"In Phase" - Directed by Adam Pilipovic -  Winner
Canada
​
After a terrible car accident, a young man begins to sense something might be haunting him. 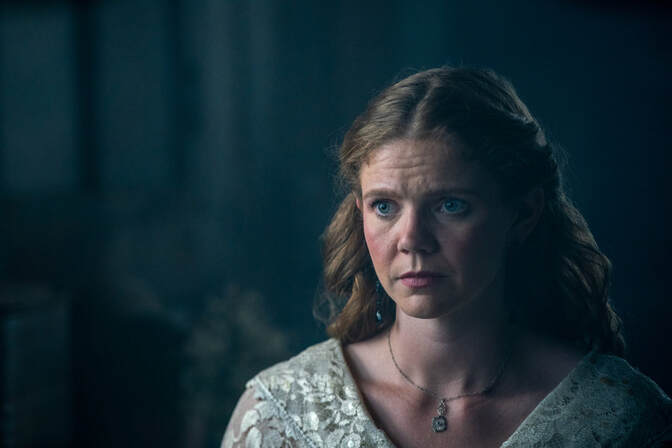 Best Web Series / New Media
"Chateau Laurier - Season 2" Directed by James Stewart -  Winner
​Canada
When the grand hotel was opened in Ottawa in 1912 it represented all that was extravagant and privileged at the dawn of a new century. The surrounding town was little more than a frontier. This is Canada in the moment it blooms onto the world stage, growing pains and all. Chateau Laurier follows the struggle to control power of the hotel (and beyond) between Briar Hays (Tymika Tafari), the new owner of the hotel, her estranged brother Vivian (Luke Humphrey), his wide-eyed new wife Hattie (Kate Ross Leckie), her acerbic Aunt Esme (Fiona Reid)…and Gabriel Sabot, the Cajun-creole boss of Lowertown (Emmanuel Kabongo). 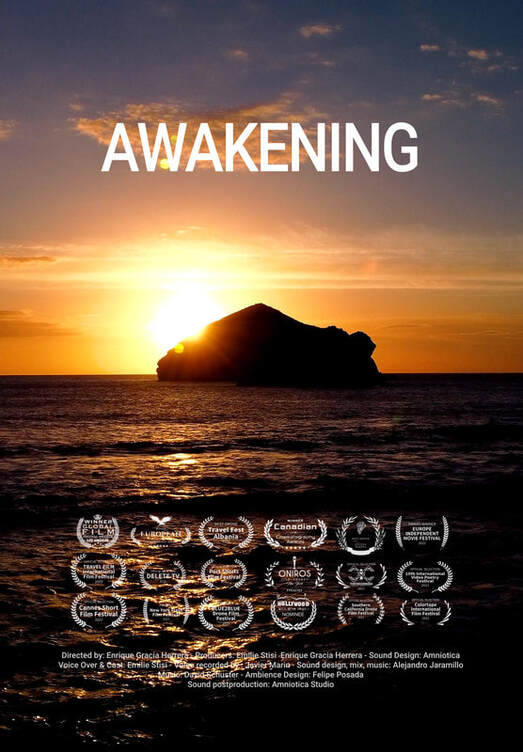 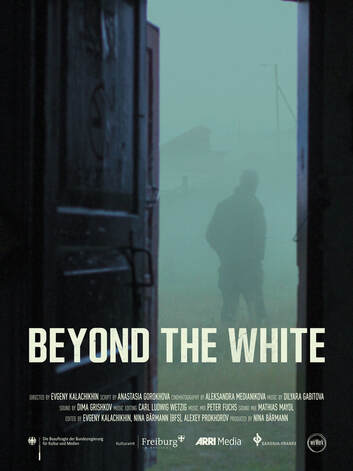 Best Cinematography
"Beyond the White" - Directed by Evgeny Kalachikhin, Cinematography by Aleksandra Medianikova - Winner
​Germany
Three villages combined in one timeless space – somewhere beyond the polar circle. On the Kola peninsula in Northern Russia, a few dozen people still live in their traditional timber houses surrounded by water, forests and sand. Nature provides for them, mainly the White sea, but fish populations have been dwindling over the years. Fewer and fewer people want to stay; many move to the city, leaving behind their homes. Over time these houses turn into spectres from the past, ownerless and lonely ruins that only spring back to life by playing grandchildren, visiting their grandparents over the summer. The hamlets Tetrino, Chavanga and Kuzomen seem to head toward the fate of so many other villages all over Russia: a slow but inevitable extinction. Cut off from vital infrastructure, almost forgotten by regional governance, these people have to keep together to cope with their everyday struggle. And when a mass fire breaks out, threatening to ravage the entire peninsula, they have to fight their last stand. 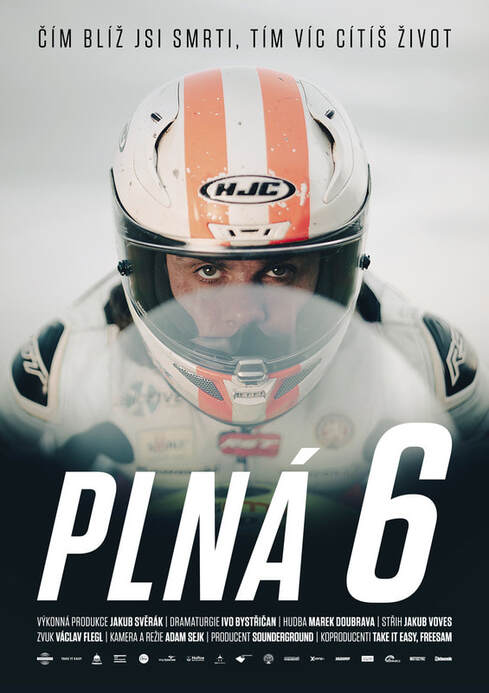 Best Editing
"Flat 6" Directed by Adam Sejk, Edited by Jakub Voves, and story editor Ivo Bystřičan. Czech Republic  - Winner
The closer you are to death, the more you feel alive.
Kamil Holán is currently one of the best Czech motorcycle racers on natural circuits. Although his material capabilities and background are far from the level of the world's factory riders, he is able to compete with them on the world’s toughest roadracing tracks such as the Isle of Man. This unique documentary tells the story of a man from an ordinary background who has fallen for the passion of speed and made it his life. Flat six marks the moment when a motorcycle reaches its limit and goes into sixth gear at top speed. Does it mean success to get on a motorcycle and go all out? A look into the everyday life of an extreme racer reveals the power of unexpected conditions of success. Can we understand what a top athlete gains by putting his life on the line and what pushing the limits requires and leads to? 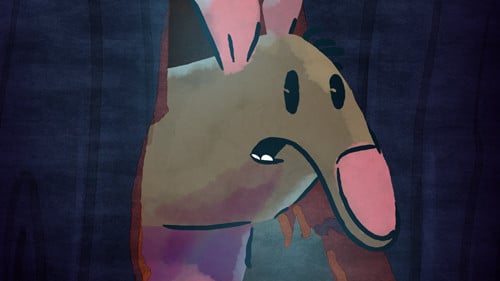 ​Best Sound Design
"Mouse House" Director by Timon Leder, Sound Design by Julij Zornik. Slovenia - Winner
A gluttonous mouse traps himself in a cheese wheel while his starving friend stranded outside must contend with a hungry cat.

Best Actor
Bryan Nason in "Not To Be" Directed by Katrina Channells. Australia  - Winner
An eccentric Shakespearean actor decides that this performance will be his final curtain call. 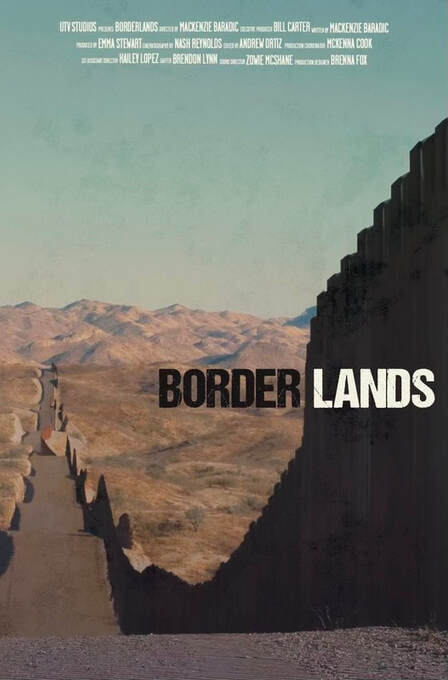 Fleeing the 1980 Civil War in El Salvador, Dora Rodriguez, among a group of twenty-five asylum seekers, were abandoned by their guide and left to fend for themselves in the relentless Sonoran desert of Arizona in the Southwestern corner of the United States.

Dead End is the story of a female musician who has a great interest in music and, according to Islamic reasons and laws in Iran, misses the opportunity to play in an orchestra. On her way home, something happens to her.​